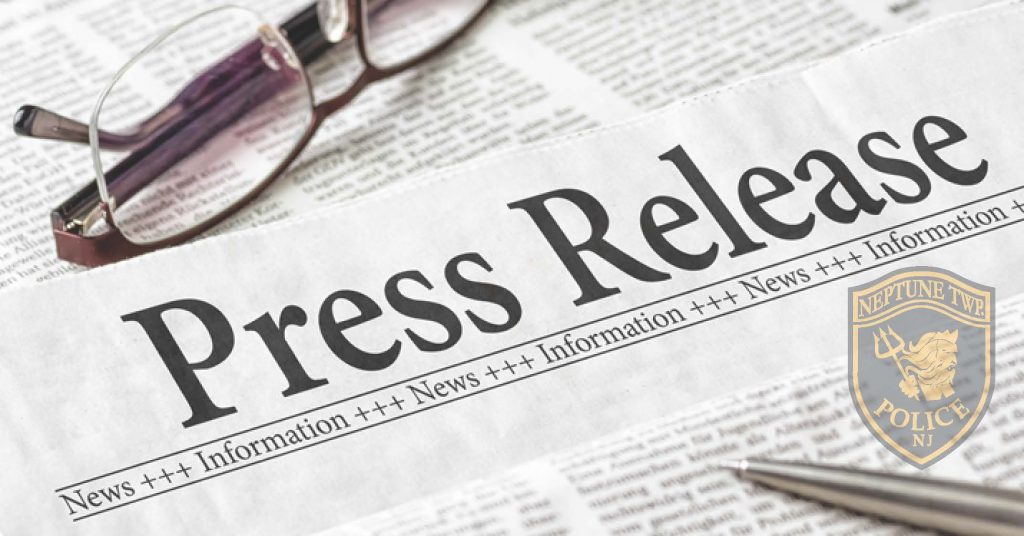 Mr. Beerman was spotted driving while suspended in Neptune. When officers initiated a motor vehicle stop for the violation, he disregarded the police and refused to stop. The brief pursuit was terminated. Moments later, Mr. Beerman was seen exiting his parked vehicle where he was subsequently placed under arrest for Eluding. While being escorted to a patrol vehicle, Mr. Beerman proceeded to kick the rear quarter panel of the police vehicle, causing in excess of $3,500 in damage. Through further investigation, Mr. Beerman was also charged with Receiving Stolen Property.

Additionally, he was issued numerous traffic summonses for various infractions as a result of the Eluding and his driver’s license status. Mr. Beerman was transported to Monmouth County Correctional Institution pending a detention hearing in accordance with bail reform.